In accordance with the applicable rules, two candidates from the Asia-Pacific region were nominated, seconded and have accepted their nomination. Consequently, an election will be held among the ccNSO members of the Asia-Pacific Region according to the timeline previously agreed upon by the ccNSO Council. Only ccNSO members from a Geographic Region are allowed to vote for candidates to the ccNSO Council from that Geographic Region. 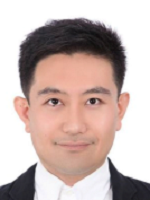 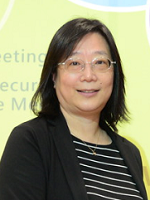 The two candidates were invited to submit candidate statements to the ccNSO members. They interacted with the ccNSO members and broader ccTLD community at a Q&A session, held during the ccNSO Members Meeting at ICANN66 in Montreal.

Voting ballots will be sent by tally@icann.org to the e-mail address of the primary contact of each ccNSO Member belonging to the Asia-Pacific region, as listed in the ccNSO Members database. As per the relevant ccNSO guideline, new ccNSO members are able to participate in the process if the ccNSO membership application has been approved by the ccNSO Council one day prior the nomination process starts, i.e. latest on 23 September 2019. Contact Joke Braeken (joke.braeken@icann.org) if you have questions or concerns regarding the email address of the primary contact for your ccTLD.

Since the election is for one seat, each Asia-Pacific region ccNSO member will be entitled to vote for up to one candidate.

The election closes on Tuesday, 3 December 2019 (23:59 UTC). The Election Manager will announce the voting results on Wednesday, 4 December 2019. If there is a tied vote, a runoff election will be held, according to the following timeline:

The Election Report, which includes the results of the election, will be sent latest 17 December 2019 to the ccNSO Council for adoption. The Chair of the ccNSO Council shall inform the ICANN Secretary of the selection.