Internet entrepreneur, ccTLD Manager and founding member of the ccNSO (1939 – 2022) 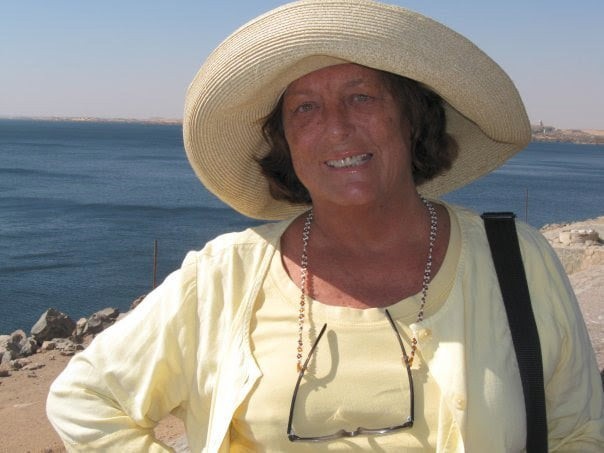 Dotty's involvement with the Internet dates from at least the early 1990s, with the establishment of rudimentary internet service to the (US) Virgin Islands with her husband, Peter DeBlanc.

In late 1995 they launched the .vi ccTLD for the US Virgin Islands.

She continued her involvement in the Internet and the DNS with her husband in the late 90s by participating in various activities, such as the USG-DOC's Green and White Papers, which eventually led to the creation of ICANN.

I first met both Dotty and Peter at the ICANN 6 meeting held in Yokohama in July of 2000, where we bonded over the earthquake which occurred during the meeting.

Dotty's involvement in the ccNSO predates its initial formation at ICANN 17 held in Montreal in June 2003 and its formal establishment the next year as she was a member of the ccNSO Launching Group.

Dotty was elected to the ccNSO Council during its initial formation in June of 2004 and remained on the Council until November 2015, when I had the honor to assume her seat on the Council.

Even after she retired from the ccNSO Council, she continued to regularly follow its activities and maintained an active hand in the operations of the .vi ccTLD until her passing.

She was a pioneer, dedicated and a steadfast friend to many in our community - she shall be missed.

I would now like to take a few moments to share the Dotty I know with you. As a young and inexperienced entrepreneur, I met Dotty a week after a whirlwind meeting in a bar in Vancouver. I met Dotty through her husband, Peter DeBlanc, an international telecommunications consultant living in the Virgin Islands.

As a Canadian who did not travel much, you can imagine my excitement travelling to the Caribbean to meet Peter. We formed an immediate strong friendship, and Peter, Dotty and I created a business partnership in the mid-1990s lasting to this day. Peter and Dotty were the most unique individuals I have ever met. The light they brought to a room and the love they shared was immeasurable. I have so many stories to tell, but unfortunately, not enough time today. But let's just say that you would experience something like this … going to Dotty and Peter's house. You would see many of their musician friends playing perfectly, people dancing, and lots of wine flowing. They were so much fun. From a business perspective, Peter and Dotty were old school. Where your word is your bond and trust is earned. Knowing them made me better in all aspects of being a human.

For those of you young enough to know who Julia Roberts is, you may recall a movie she did called "Mona Lisa Smile" that took place at Wellesley College. Dotty was an alum of Wellesley, which impacted some of the world's most dynamic and most remarkable women. Dotty was smart as a whip with a major in economics. Dotty was before the internet and long before it was typical for a woman a respected analyst on Wall Street.

Dotty's passing on February 23rd is profound considering International Women's Day on March 8th. Dotty was another pioneer driving and gaining respect in an industry dominated by men. You can imagine her daily battles to be heard.

Somewhere along the way, Dotty grew tired of the long winters, which is understandable, and boarded a plane ending up in St Thomas. Until Dotty met Peter, she was always serious and driven from all I could gather. When Peter came along, Dotty came into herself. It was this Dotty that I knew. A force of nature with an ever-optimistic wit and a curious mind.

I believe before this community actually existed, Peter and Dotty would travel to meet with their peers, with you. Being in business with Peter but not yet involved with the registry meant I might meet them anywhere in the world. Usually, they were on their way to or from an event related to this community.

What struck me was the passion they had for this community.

I was at Peter's bedside when he passed, as some of you know. One of my business partners and I had raced to Peter's bedside as he had called and told us now was the time. When we got to the hospital, Dotty was grateful and took a break. Peter awoke and saw us and tried to tell us something but was unable. He had already communicated that he wanted us to help take care of Dotty. Until today, I had never said to anyone that the last words I said to Peter were "Peter, it's OK, I will take care of Dotty" my partner then said to him, "Peter, it's OK to go." Peter looked at us, trust in his eyes, and passed away moments later.

That promise has been a promise I have kept for the last 20 years. But it was not a one-way street. I helped Dotty with the business. She was there for me during many of my trials and tribulations. Dotty took care of me just as much as I tried to take care of her.

We held board meetings in Megan's Bay, and the bar would bring us down bushwhackers. Imagine being on one of the most beautiful beaches in the world, nary a soul around but the brain trust of Cobex, holding a meeting at 10 AM. We would have to cut things short on more than one occasion because a pending council call had to be made. Now you have to understand that we would not leave Megan's bay until the very last moment that you could be able to make the call.

I learned a fair bit over the years, too much to list out here, but I will comment if Dotty had met you, then she knew and remembered you. Even after one meeting. This came in handy for Dotty for the meetings both she and I attended together. She went out of her way to introduce me to many of you. What you didn't know is she would tell me not only your name, registry or supplier you worked with, she would know any committees you were or had been on, when you first attended an ICANN conference, and something personal about you. I did not know that I should have brought a notebook or recorder with me.

My point is that she cared so much about this community.

Sometime near the time Dotty stopped attending ICANN meetings, we began and continued to have a weekly meeting. Dotty was always happy to hear if any of you had passed along a hello over the years. She was always interested in what I suppose we might call the gossip of ICANN and the more official goings-on. I think for her, it kept her connected. We, in fact, had a call the day before she passed. I should have been more aware, I suppose. Dotty was more on the ball than she had been. In a nod to Byron's concerns, I was pretty happy having ensured the maple leaf was flying in the VI that day. I remember messaging Stephen and saying, "you're never going to believe this…".

I said earlier Dotty was ever an optimist, you could call Dotty, and it did not matter how her day was going. She always had the same retort, and she believed it. In a very real way, I think it is how she saw this community every day and how she would describe the ccNSO if she was here today.